Fill out the form below for
a free consultation 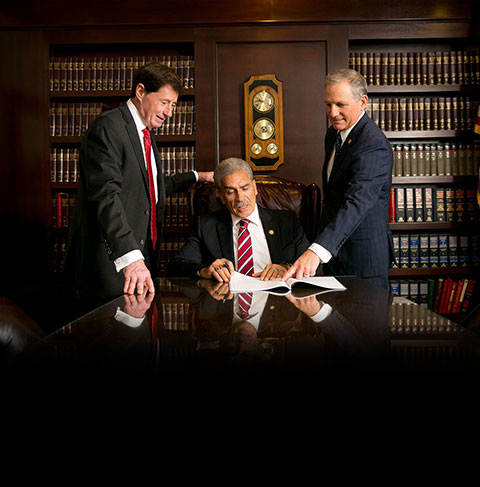 Frank Chirino is an Associate Attorney at the Law Firm of DiMarco | Araujo | Montevideo, A Professional Law Corporation.

Mr. Chirino is a trial lawyer with the firm, specializing in the areas of catastrophic personal injury, automobile injuries, premises liability, and workplace injuries. Having spent more than a decade litigating cases on behalf of major insurance companies, Mr. Chirino possesses a comprehensive understanding of injury litigation, which he has consistently employed to achieve the best possible results for his clients.

Mr. Chirino has resided in Southern California his entire life. The son of two Cuban immigrants, Mr. Chirino is fluent in Spanish. Upon completing his undergraduate studies at the University of California, Irvine, Mr. Chirino began his legal studies at Southwestern Law School, where he was a member of the Southwestern Journal of Law and Trade in the Americas. During his final year of law school, Mr. Chirino published an article on international business litigation that has since been cited by the Harvard Journal of Law and Technology. He was admitted to the State Bar of California in 2005 and began practicing insurance litigation at a reputable downtown Los Angeles law firm. In 2007, Mr. Chirino was offered a position at Ford, Walker, Haggerty & Behar; a large and well-respected insurance defense firm. He would go on to become senior counsel at this firm before departing in 2015 to join DiMarco Araujo & Montevideo as a trial attorney.

Mr. Chirino has resolved countless cases through settlement negotiations, mediation and trial. As an advocate for injured parties, Mr. Chirino works tirelessly to ensure that his clients receive fair treatment and just compensation under the law.